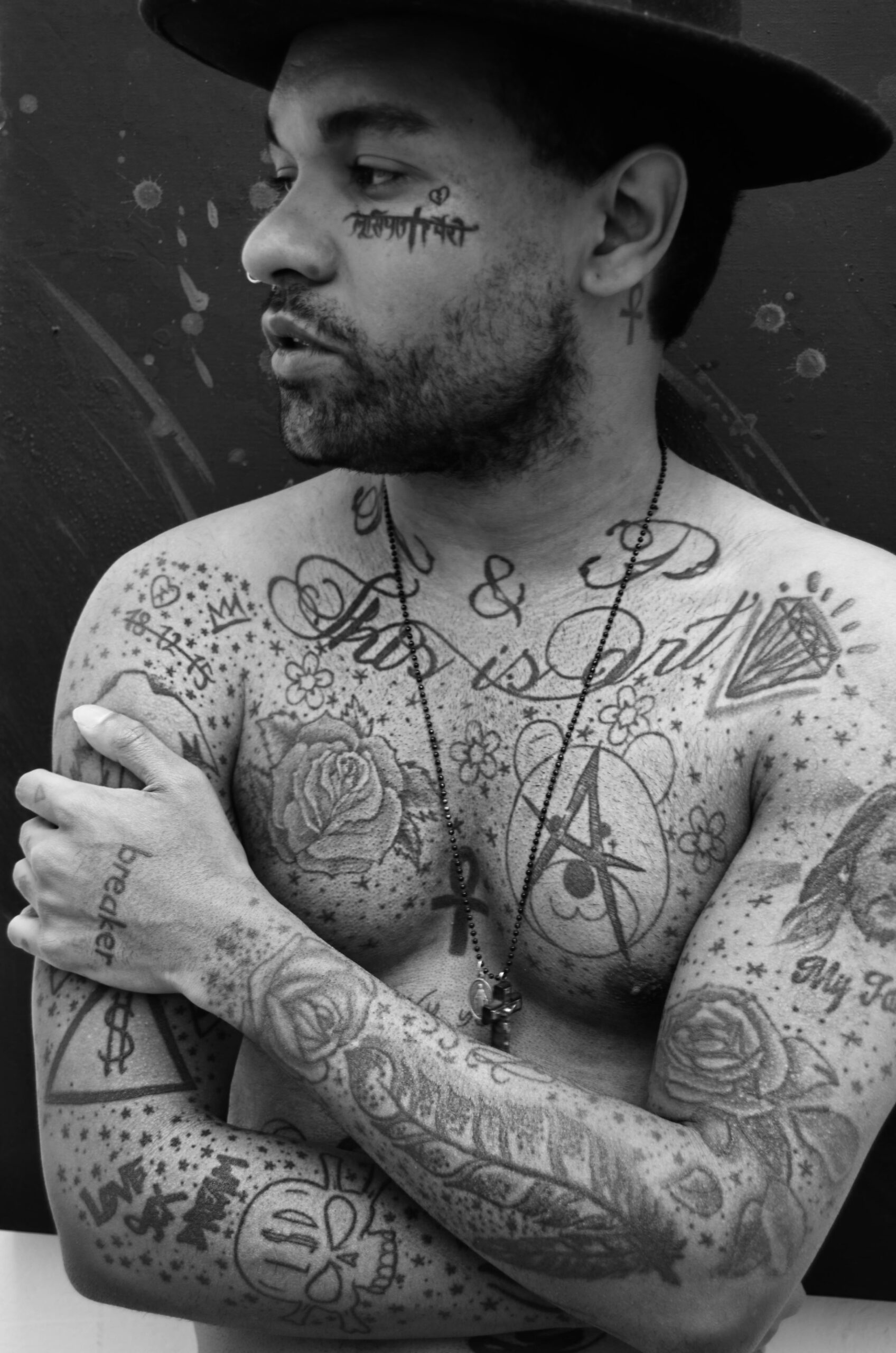 HORENZOH , we are going to tell you about his new artistic concept.  Back with a real contemporary artistic concept with a quirky side called “ART BROKEN HEART”, the artist once again reveals a limitless creative sensitivity, to discover without further delay but let’s first talk about the character and his story…
The young HORENZOH who is of Indian origin aged 26 became known to the general public at the age of 18 by signing in one of the biggest fashion agencies in New York & Los Angeles.  Thanks to his atypical style, his tattooed face and his bad boy rock look, he was able to work with many internationally recognized agencies in the United States, Spain, England and France .

He has worked with major recognized brands such as Valentino, Boohoo man, Nike, Saint Owen, Jack Jones Richard Valentine and many others.

Magazine covers are no stranger to him either, having appeared on magazine covers in Los Angeles, London and Russia.  Finally, we were able to find him in the magazine JESUS ​​MAGAZINE accompanied by the famous football player Olivier Giroud for an interview where he confesses his old demons that he chased away (sex, drugs and painful love breakup).
He then continues with collaborations, in particular as celebrity artist .  Launched towards his career which he wants to be grandiose, he continues in music where he collaborates with many heads of reggeaton, Afro and American Pop.  Surrounded by the most influential people in music, he made a name for himself thanks to his vision of business at the crossroads between music and fashion.
We also forget two other creative universes in which HORENZOH tries its hand.  He created his clothing brand and also signed as an actor in Los Angeles and Spain and he appeared in Netflix and Amazon prime projects.
He prepared music project as DJ & Producer, in house/moombathon style with many big artists.,
Now inspired by art, this hyperactive creativity offers us a concept created around a broken heart.  HORENZOH is starting to make a lot of noise about him with his vision of art, his quirky and dark side that we find in the project he is preparing “ART BROKN HEART”, a project that defines him well and that  also speaks to us, because who has never had a broken heart.
Related Topics:
Up Next