There’s always something compelling about the power of a vision. There are many of us in this climb that have not tapped into the full potential of the way we can transform our lives by transforming our minds.

Others got the memo way earlier. They understood the code after breaking it and acted out the formula to change various results in their lives. Other people are visionaries like King Uche.

There are a handful of people like King Uche that have achieved striking impact in the African entertainment scene. The Flygerian has conquered relevant scapes in music and music business from Lagos to Cape Town to Los Angeles and still counting. 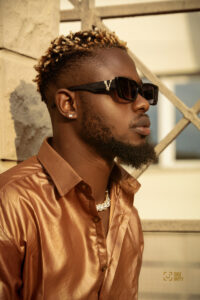 He understood what it took to hold on to a vision and keep one’s head up till it came to fruition.

King Uche spent his early days in Dikenaifai, Ideato South Local Government of Imo State, in the Eastern part of Nigeria. As a young boy, it’s safe to say life handed him doses of bitter lemons to make lemonade with. The task was difficult, but he found his way through. 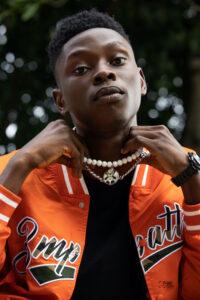 He moved to the US and that’s where an upheaval occurred. In no time, he created a reputable Afrocentric label in the heart of Los Angeles; Sufferings and Offerings. It’s a label that acknowledges the sacrifices, hard work, and tenacity of Africans. The Flygerian found artists who bore the fearless DNA as himself. One can also add as an advantage, his good ears for music.

In a short space of time, he was able to build a structure for his music and made it robust enough to accommodate other artists asides from himself. Currently, there are 4 artists signed to Sufferings and Offerings- Genesix, 99Drizzy, Martins Luv, and King Uche.

“Genesix Did It” recently dropped a project titled Jane which affirms that the Amapiano genre has come to stay. With heavy club bangers like Rush Am, Dankie Milo, Nati Vibes, AMA2000, and Jiva, Genesix asserted his knack and versatility. These songs were produced by South African music maestro Melevi Beats. 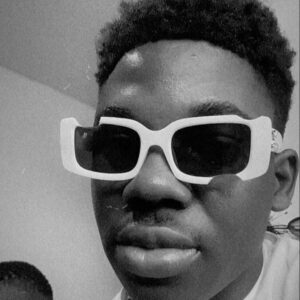 99Drizzy is a talented lyricist. He released a well-appreciated Hustler’s Anthem titled Win. The song started out as a routine freestyle in the studio with one of his favorite producers, Genesix Did It. Minutes later, they created a song that had to be shared with the world. No Time remix is 99Drizzy’s expression of projecting truth and the need to focus on the important things.

Martins Luv is a smooth vocalist with a noble dose of Igbo flavor that reminds you of Nabania. He has two songs Rotate and Feel. Rotate is a poem about a man called Ifedi. The first few lines of the song give off the information that the man loves women! Feel is another conscious melody that emphasizes the need to overcome fear, anxiety, and depression.

King Uche, the executive producer for the projects stated above, also had solid releases to his credit this year. Deliver Me and Run My Love are songs released that interpret his emotions, and feelings and cry to God for help. In his words, “We have all gone through a period of life where we question life itself. We ask GOD to deliver us from our painful experiences and to remove us from this evil world”.

It’s been a good year for Sufferings and Offerings. The label has a wide range of new music to be released and their first storefront in Lagos, Nigeria.

The Lagos Space is an all-in-one recording studio, clothing brand, and content space for models, artists, and all creatives alike in Nigeria. This space will be the pioneer of our vision, creating massive opportunities and exposure for the less fortunate.

In the words of the label executive, King Uche, “Sufferings and Offerings is open for business, and we exist to serve! Together we will turn visions and dreams into REALITY!”.

Check out sufferingsofferings.com to catch up all the latest news from the label and follow on all social media platforms.

Martin Huu Nguyen Is Releasing Song ‘Get Down’